ANZ in New Zealand has unveiled some of their world famous ATMs in Auckland in two locations, one at ANZ Ponsonby and another at 45 Queen Street. The ATMs have been put in place to celebrate diversity and to show the bank’s support for the Pride Festival and the LGBTIQ community.

The carnival themed ATMs were designed by Auckland artist, Tony Graystone. Artwork on the ATMs will remain in place until the 27th February.

ANZ have been showing their support for the community for three years now with their GAYTMs in Auckland. This year, there is a small message saying #HoldTight and for people to be comfortable expressing themselves in public. 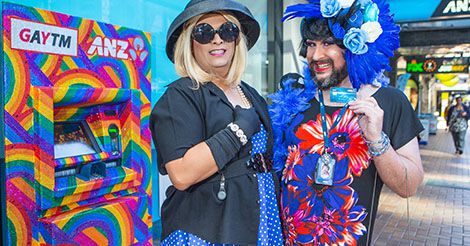 The bank has also stated they will be donating 50 cents from every transaction to OUTline. OUTline is a not-for-profit counseling service which supports people dealing with sexuality and gender issues.

In 2017, ANZ has committed to sponsoring Auckland’s and Wellington’s Pride Festivals as well as Auckland’s Big Gay Out.

You can read the full press release here.

For the first time in seven years, banks across New Zealand have seen their profits drop instead of increasing. There are a number of factors at play here, with the two major ones being growing competition as well as a squeeze on their overall margins.

KPMG releases a Financial Institutions Performace Survey each year with 2016 revealing a collective drop in the profit of all the banks. From an all-time record of $5.17 billion in 2015, profits dropped by 6.38% to $4.84 billion in 2016.

Keep in mind that just because profits fell a little, there’s no need to start to panic. John Kensington, head of banking and finance at KPMG stated just because a bank turned up to the market and made a bit less than last year, doesn’t mean it’s all doom and gloom.

It’s simply a case of one of your competitors turning up and performing the very best they have.

You can read the full article from the New Zealand Herald here.

The credit rating company, Standard & Poors (S&P) have recently downgraded Kiwibank’s credit rating due to a higher risk in its operations. Kiwibank has fallen from a long standing A+, down to an A.

A reduction of the rating has occurred due to the bank’s unconditional guarantee from its majority owner New Zealand Posts fell past its expiry date. 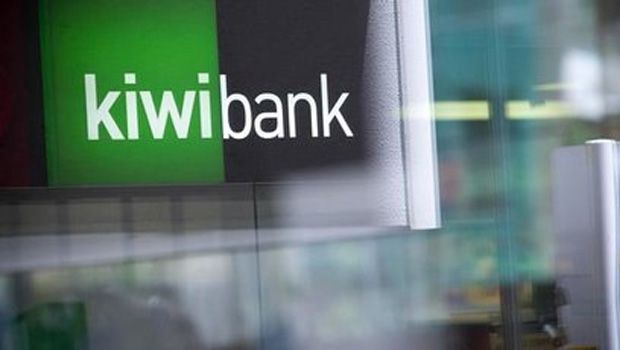 Overall, S&P’s future outlook for Kiwibank remains stable. If the bank continues to focus on lower-risk residential loans whilst maintaining its risk-adjusted capital ratio above 10 percent, S&P is unlikely to re-adjust the rating.

Just recently, New Zealand Post sold a massive 47% of its Kiwibank holdings in October 2016. The sale saw $493.5 million in funds flow to New Zealand Post in which it was used to pay off $180 million of debt, as well as a $100 million dividend payment to the Crown.

A full recape of Kiwibank’s downgrade can be found here.