Have you ever wondered how much tax the New Zealand banks pay? Wonder no more. All your questions are answered below.

Today – we’ll be taking a closer look at both the smallest and largest banks operating in New Zealand, their tax rates, how much they’ve paid, and how much they should’ve paid.

Before we begin – New Zealand’s official corporate tax rate is a flat 28%. As most of the banks operate as a company – use this figure to assess them off. 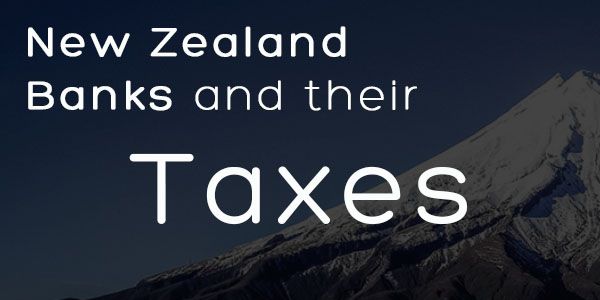 All the data you see in the following table has been sourced directly from their latest end of year financial statements.

We encourage you to view these statements yourself. There is a link in the final column of each row.

We love graphs, and we know you do too.

Here are some for you to play around with. First up – a pie chart providing us with a neat visualisation of just how much more tax the Big 4 banks pay.

Next up – the monetary value of the amount of tax missing from each bank’s due tax payable according to their financial statements.

A negative value indicates they’ve paid more than the set 28% in tax.

Lastly – the tax rate according to the total amount of tax they’ve paid and their net profit before tax.

You’ll notice many sit right around the 28% mark, with only a few outliers far out on one side and the other.